“There are some things one can only achieve by a deliberate leap in the opposite direction.” Franz Kafka 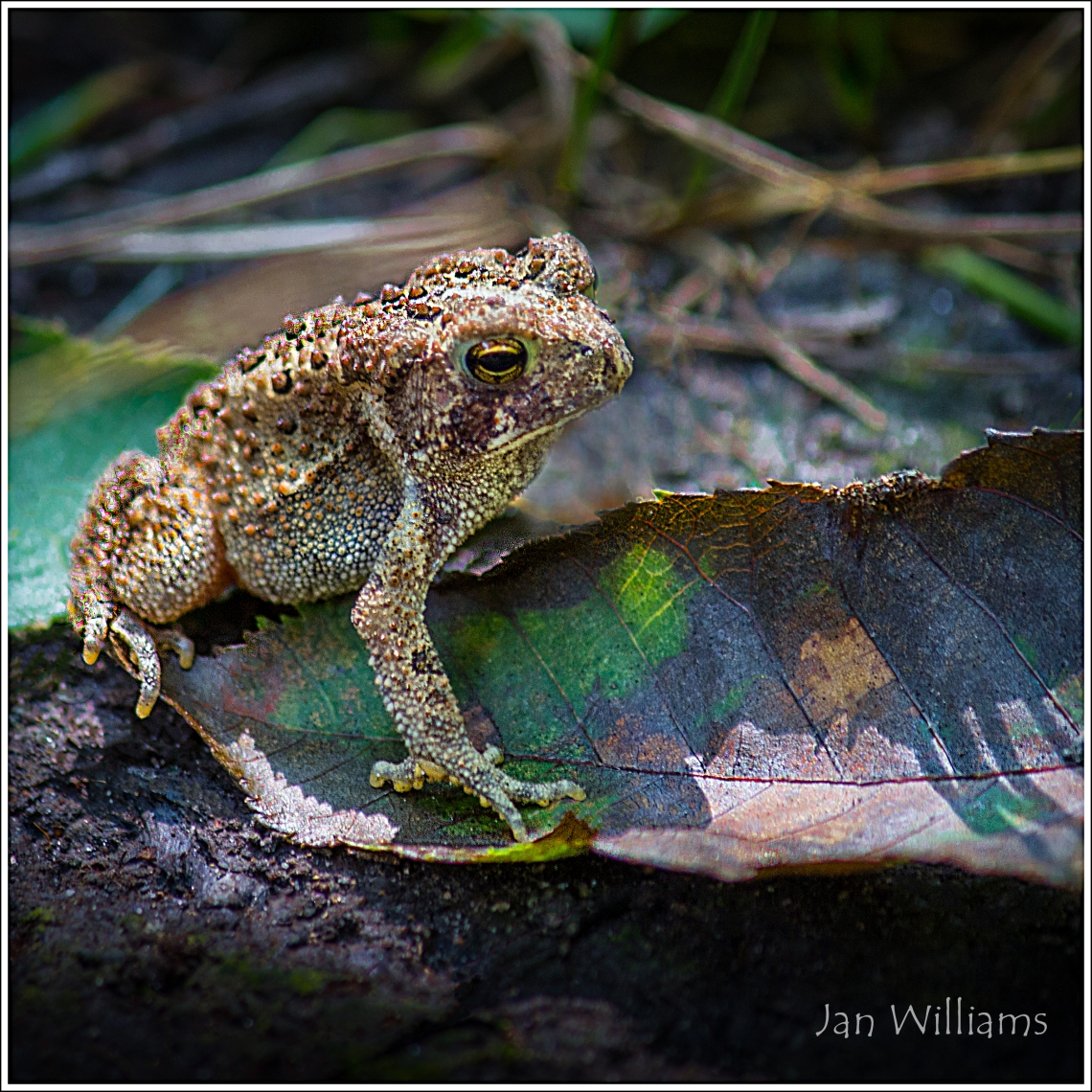 Three different adventures, three different subjects – On each photo shoot I had no idea what my subject was going to be. Normally I like to take my macro lens when walking along shorelines and in wooded areas. But on these three occasions my camera had  a 55-250mm lens attached to it which allowed me to capture these subjects without disturbing them.

The toad shown above hopped out a few feet in front of me when I was walking along a dirt path in a wooded area in the fall. It was no more than two inches big. Luck would have it that it posed on a multi-colored leaf that made this subject fun to shoot. Camera settings: f/5.6; 1/40; ISO 200; 171mm. 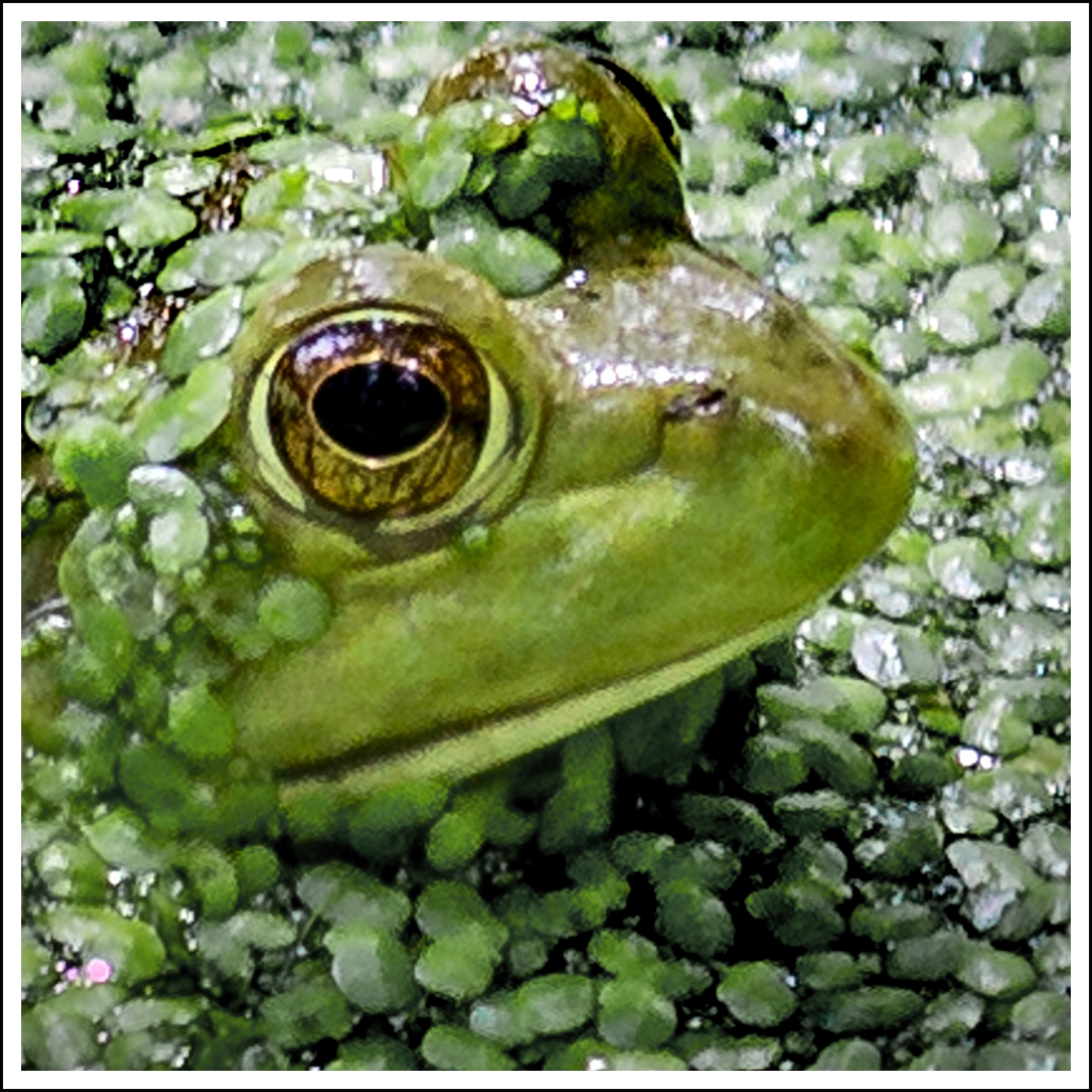 Amongst an abundance of floating duckweed in a creek, a little head appeared ever so slightly rippling the water. I would not have seen it if it had not been for the ripple.

Strolling down by a lake, I happened to peak over some shoreline plants and discovered a bull frog who appeared to be waiting for dinner. This photo was taken just before dusk. Just right for reflections on the water surface.  Camera Settings: f/16; 1/40; ISO 100; 250mm.

This site uses Akismet to reduce spam. Learn how your comment data is processed.